The Lafayette Center CID is a political subdivision located within the City of Manchester, Missouri

The Lafayette Center Community Improvement District was created as a political subdivision of the Missouri having the powers and purposes set forth in the petition. The District shall be governed by a board of directors consisting of five (5) members. The District is authorized to impose a sales tax in the amount not to exceed the rate set forth in the CID Petition. The proposed uses of the District proceeds, as provided for in the CID Petition serve a public purpose by remediating blight and encouraging the redevelopment of real property within the District. The District has such additional available powers available to community improvement districts in blighted areas as described in Section 67.1461.2 of the CID Act.

Governing Board of Directors: 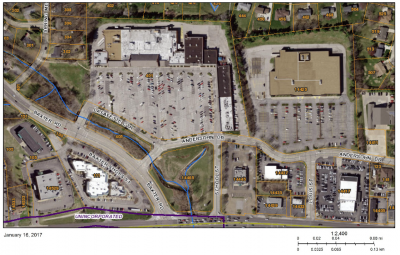 The purpose of the District is to enhance and transform the public appearance of the Project area and eliminate blight conditions, providing assistance to or constructing, reconstructing, installing, repairing, and maintaining improvements as part of the Project, providing services and activities within the District’s boundaries associated with the Project, and imposing funding mechanisms to finance and administer those improvements and services.

TELL US MORE ABOUT YOUR PROJECT. CONTACT US
Menu